On September 30th at 2:31 PM during Campaign Life Coalition’s peaceful demonstration, pro-life leader Marie-Claire Bissonnette, was roundhouse-kicked in the shoulder by an abortion proponent. 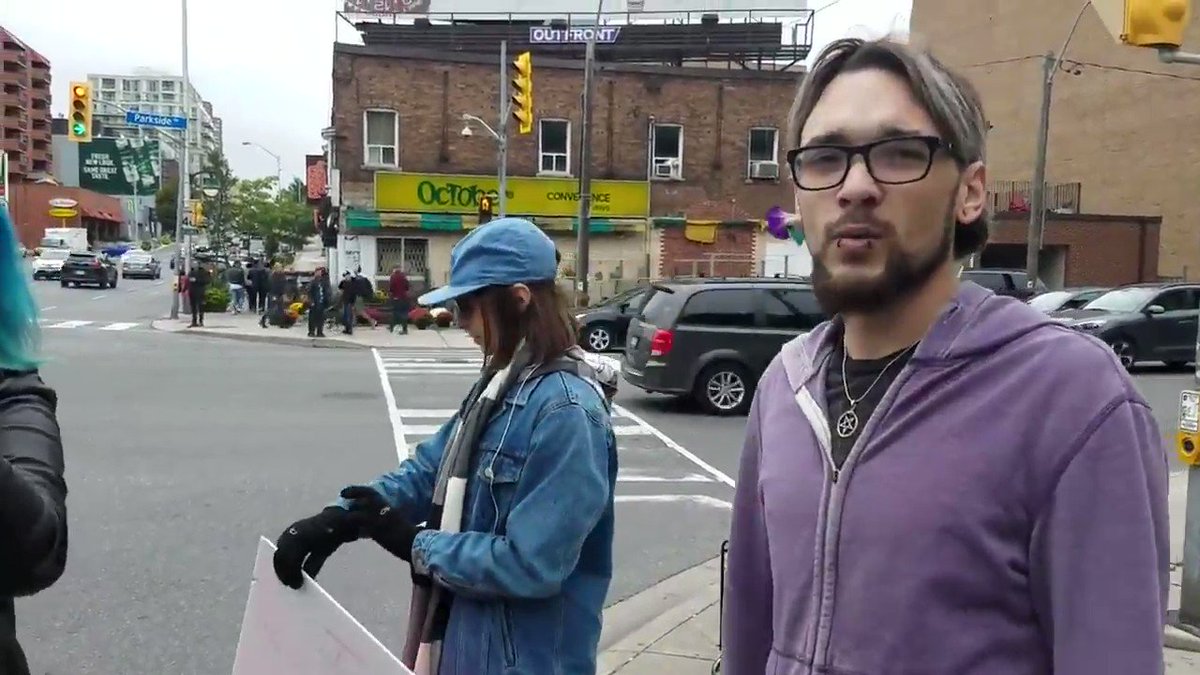 The Human Defense Initiative has identified the assailant as Jordan Hunt, a hairdresser in Toronto, Canada.

During the event, Hunt vandalized multiple pro-life signs. He then sought support and recognition for his handiwork from an abortion activist standing nearby, at which point Bissonette began filming the encounter.

Bissonette made it clear she was filming the protester and informed him he had just destroyed private property, at which point he became belligerent and began questioning Bissonette on her opinions of pregnancy due to rape. When she began to answer, the protester wound up and roundhouse kicked her, causing the phone to drop. In the background, cries for someone to call the police could be heard along with the protesters insistence he was aiming for the phone.

Until today, he was employed at Noble Studio 101 Hair Studio. In screenshots provided to the Human Defense Initiative, when questioned about the assault, the shop replied “Was a sub contracter. Until today when I found out what happened today!!!! Not cool. He will never step foot in my studio again.”

“We don’t condone his actions and he has been let go. We believe everyone has a right to an opinion and the right to voice their opinion without fear of physical violence,” the studio wrote on Instagram.

In an interview with Ms. Bissonette she told us that she is thankful for the support that has been outpoured on social media,

I hope this unfortunate experience can remind the public of the violent deaths pre-born babies experience from abortion.

What this man did was an act of assault and I intend on pressing charges. But he’s also loved by the Father, so please pray for him.

She sustained no major injuries and is doing well. She has filed a report with local police, but at the time of publication, the assailant has yet to be apprehended.

Call Toronto PD ask them why they have not detained Hunt, as he has proven to be dangerous and mentally unstable – 416-808-2222